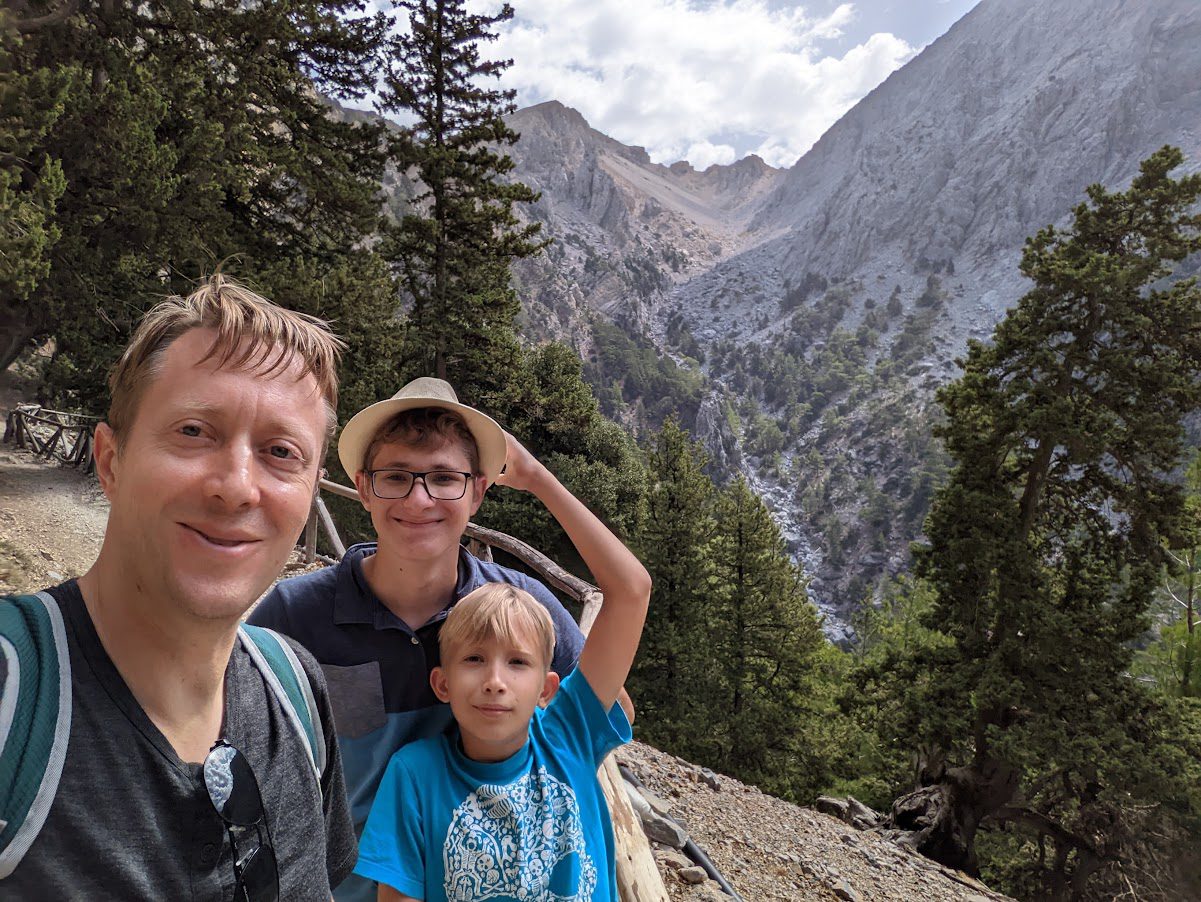 One last short post to finish the European leg of our trep, covering our time in Italy, Tunisia (not in Europe!), and Greece. Again just linking to the Instagram posts I made for these countries, which were shared previously on Instagram or Facebook.

Country counter after these places: 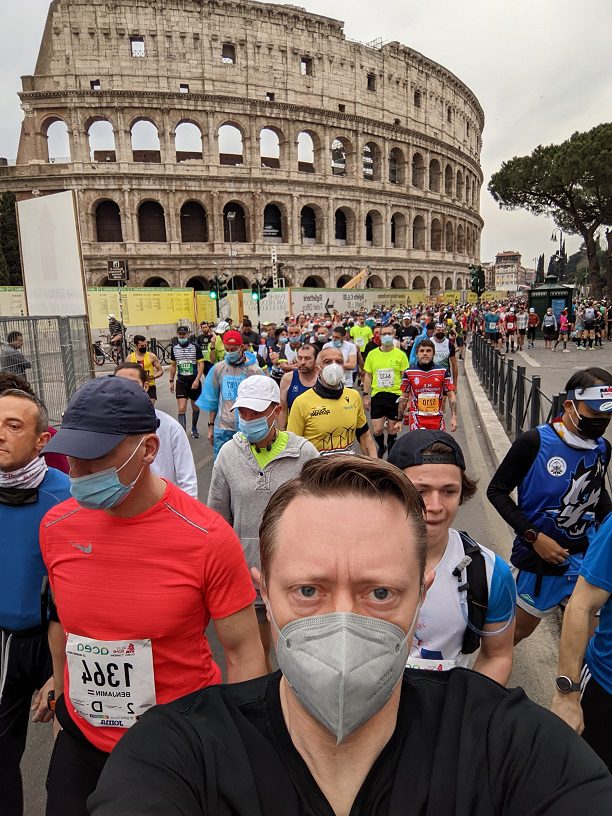 Just a quick post, almost two months later, but I wanted to capture here our first flights since the pandemic started. Here’s just me and Karen on our way to Rome at the end of March:

It was only a brief rest, though, because we were only in Italy (without the kids!) for a short 72 hours. Our first night and then Saturday, we walked all over and took in some of the sights of the city. Saturday afternoon, we went to the Vatican and took a tour of the museums before heading over to a fancy dinner in Trastavere.

Sunday morning was the marathon! I ran with 10,000 other people through central Rome. The first half or so of the 26.2 miles covered neighborhoods that Karen and I had already walked through. I was excited to finish in 4 hours and 5 minutes, which was a personal best by at least 12 minutes. (This was my third marathon ever.)

Karen proudly slept in while I ran my race, but we ate some pizza in a park afterwards and then went out for a second fancy dinner before flying home the next day! Both of us have visited before, so we didn’t feel bad about skipping a few of the big sites, but we’re definitely planning to return with the boys, likely in September.

Speaking of our trip, we leave in 2.5 weeks! Our first stop will be Stockholm. I’m planning to post something here roughly every week, posting more frequently to Instagram. Next week, I plan to write about some of the logistics of taking a one year trip around the world while homeschooling three kids. (As a preview, the logistics are mostly annoying.)

Since this is intended to be a family blog and I’ve only shown me and Karen so far, here is a recent shot of the boys with their fancy easter baskets at my parents’ house.

I wasn’t sure if I’d ever run a marathon. It’s something I toyed with briefly in my late 20s, but shin splints and long hours of work quickly put it out of my mind.

That was until I turned 40 and decided to do a half marathon to mark the occasion. Here I am finishing that race in Maine in 2016:

I did one every year after that and was about to run my annual half for 2020 in Oakland, California when the pandemic hit. Realizing we’d have to postpone our trip around the world, as a consolation I decided to run my first marathon in the fall. The regimen and repetition of the training was a comfort to me for those middle months of the year as the pandemic stretched on.

Of course, unfortunately no marathons were held that fall, so I just made one up to run by myself. Karen dropped me off at a park in Indiana and I ran the 26.2 miles home. I picked the same day that the Chicago Marathon would have run in October for my “Chicago Marathon” and ran past 5 of Noble’s schools, so someone from our sports team followed me and made this cool video to commemorate the event. (Thanks, Anna!)

In 2021, I finally ran the real Chicago Marathon:

Even though I look in pain there, my training was good and I felt fine a couple of days later. Good enough that I thought I ought to squeeze one more big race in before we start traveling for a year this summer. I’d been eyeing the beginning of April in St. Louis over the boys’ spring break, but had to look for something else when we changed plans for that weekend.

Then, I got an email about $500 flights to Rome. We haven’t been on a plane since Jan 2020. But…in my search for marathons to replace the St. Louis one, I’d briefly noticed that the big one in Rome was on March 27. I’d assumed it was out of the question. Maybe not? (Obviously not.)

So, Karen and I are going to Rome for 4 days while my brother Paul and his wife Özlem come and watch the boys. It’s kind of a crazy thing to do, but crazy like we’re used to doing. It feels good after this long pandemic, which we’re hoping will stay manageable.

To make things even crazier, we’d already noted a cool opportunity at the beginning of our “big, big trip”. We’re starting off in Stockholm on June 10 and realized that on my next birthday, 8 days later, there was going to be the “Midnight Sun Marathon” north of the Arctic Circle in Tromsø, Norway. It starts at 8:30pm and even though I’ll finish after midnight, I’ll have daylight the whole time. Since all of the training will happen before we go, it somehow works. More of the good kind of crazy. Charlie and Karen are planning to run the shorter race there too.

So, even though I’ve never really been a marathon runner, that’s how I’m going to end up doing 3 of them over the course of 10 months. I’m excited for how memorable the races I’m running are meant to be. In fact, this article puts all 3 on a list of the 23 “World’s best marathons in 2022”. I won’t really have time to train after Tromsø, but can’t help but think how fortunate I am to get to do all of this.